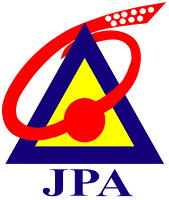 Jabatan Perkhidmatan Awam (JPA) Scholarships or Public Service Department (PSD) Scholarships
A lot of you are searching for the most popular and prestigous (some say controversial) scholarships of the year for SPM result holders but were unable to find any news or application offers. This is because JPA scholarships or PSD scholarships are no longer available from this year onwards.

What is JPA Scholarship?
JPA Scholarship is provided by Malaysia's Public Service Department (JPA) for SPM leavers to both local and overseas institutions every year.

Why JPA Scholarships are not Offered in 2012?
In June 2011, Malaysia's Prime Minister Datuk Seri Najib Razak announced to only give Public Service Department (PSD) scholarships to university entrants instead of SPM top scorers from 2012 to avoid the distress they have caused in past years. Intelligent move to avoid chaos in the election year huh? This is a great disappointment to those who did well in SPM 2011 and scored excellent results. According to PM, those who do well in the Form Five SPM examination will receive small bursaries instead to pursue their foundation studies.

New JPA Scholarships for Undergraduate, Not SPM Top Scorers
New JPA Scholarships will be awarded to those who get very good results at foundation AND secure a place at top universities. This is because those who do well in O-levels (SPM) do not necessary mean they will do well in A-levels. In other words, now JPA scholarships are awarded based on A-levels or STPM results instead of SPM. In June 2011, Najib also mentioned to identify the universities which are deemed "top" institutions in due course but up until today, the information is still not available.

Last but not least, Najib said not all top students will be given overseas scholarships because local public universities need top students as well.


Despite Putrajaya handing out 500 special local scholarships recently on top of the 12,000 PSD grants it gives out annually, many top scorers were still disappointed they did not receive government funding to study overseas.

The main bone of contention in the annual allocation of PSD scholarships centres around the 1,500 overseas grants, of which only 20 per cent are decided based on merit.

Nine hundred are given out based on racial quotas, with Sabah and Sarawak natives getting 75 grants each and the remaining 10 per cent to special needs students.